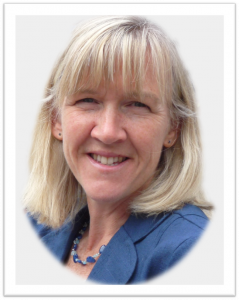 I qualified as a Speech and Language Therapist in 1990 and have a long-standing interest in working with children with communication difficulties. After working for a local health authority, I moved to work at a specialist school for children with autism in 1999 and whilst there trained as a sleep practitioner in 2005. As soon as I began doing sleep work, initially just with parents of the pupils at the school, I realised what a colossal problem sleep was for so many of our families and was shocked that I had never asked questions about it before!

I established an autism specific sleep clinic in 2007 and in 2011 I was awarded an MA in Autistic Spectrum Conditions with distinction having completed my postgraduate research in autism and sleep.

My passion to help families resolve sleep issues led to the expansion of the work and in 2016 funding was secured from Children in Need to expand the service across the North West. This led to the development of two commissioned sleep services for local authorities in the North West, including running sleep clinics and training for professionals and have been held as models of best practice which were shortlisted for National Autistic Society Professionals Awards in 2018 and 2019.

I became a moderator for the NAS Accreditation team in 2014 and have continued in this role to date.

Since 2015 I have also worked as an Autism Consultant at Rowan Tree school in Wigan. My role in the school includes leading on training in visual strategies to support communication, developing a whole school approach to issues such as understanding restricted diets and continence; as well as running parent workshops and offering individual family support.

I believe that sleep should be prioritised as a first line of intervention for every child as improving a child’s sleep has a cascading effect on all aspects of the child’s health and well-being.

If you would like to know more, please get in touch,

Registered member of RCSLT and HCPC.